SING OUT SHANNON! Will be a 3 hour community choral workshop curated by world-renowned vocal coach and choral director Mark De-Lisser. These unique workshop bring together singers of all ages and abilities, to come together, learn and sing as one phenomenal choir.

SING OUT SHANNON! London based Mark De­Lisser, is one of the most sought after choral directors and arrangers in the industry today. His contagious arrangements are sung by choirs the world over, and his skills as a director are in constant demand. His SING OUT! book series has become a go-to for choirs of all ages and abilities. He is the proud Musical Director of the award-winning ACM Gospel Choir and the founder of Singology Community Choirs. Mark recently lent his choral expertise to Gareth Malone, when he appeared as a guest mentor on the BBC’s “The Naked Choir’ and is also part of BBC’s new choir show PITCH PERFECT.

As a vocal coach his credits are endless; he has been a resident coach on BBC’s “The Voice” since it first began in 2012, and has developed a host of stars including Jessie J, Nicole Sherzinger and Jamie Woon to name but a few.

On his vision behind SING OUT! Sunday, De­Lisser says:

“I created SING OUT! to give choirs and singers the chance to sing en mass. I wanted everyone to experience the massive choral sound that is such a joy to hear. My hope is that SOS will be a transformative experience for all. Not just musically but emotionally too!” 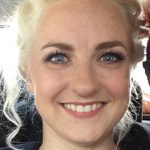 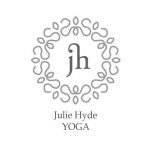